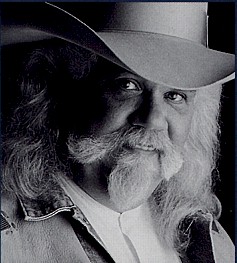 JD Challenger was born in Oklahoma with a creative fire that first began to smolder when he was a very young child. " I started drawing about the time I could hold a pencil in my hand. Even when I didn't have paper or pencils with me, I'd take a stick and draw in the dirt. " He learned color, shading, light and shadow from closely observing nature and drawing what he saw. The culture and customs of the Native Americans he lived near and considered his closest friends struck a chord within the artist. He learned their stories and traditions and began sketching his observations of their life.

After moving to Taos, New Mexico, Challenger enjoyed success as an artist painting landscapes. Privately, he continued to draw and paint all he was learning about Native Americans. He was reluctant to show his painting in public for fear of offending a people he greatly admired. Working in oils and acrylics on canvas, as will as watercolor, his style continued to emerge and his passion grew.

Upon witnessing a Ghost Dance ceremony being filmed for a movie, Challenger came face-to-face with his mission in life. " As I stood there watching the chanting and the dancing, I knew what I wanted to paint ... nothing had ever been clearer. " His wife, Denise, encouraged him to show his work to his Native American friends, one of whom was a holy man. When he did so, he received their blessings and was told, " There has to be a messenger and he doesn't  have to be one of our People. The Creator chooses His own messengers. Your path is to tell our story and educate people about the past and about what is still happening today. " Challenger takes his role seriously, but modestly declines credit for his remarkable gifts. " The thing I do best is paint. I prefer to look at it as 'not me' doing it, I'm just the instrument...the Creator, the brush, the paint, and then me."

In 1998, Challenger's art was published in his book, Ghost Dancing. It reveals the symbolism and ceremonies of the Ghost Dance movement that inspires the artist's work. JD Challenger paints the story of a people rich in heritage and tradition; stories sometimes poignant, often angry...but always powerful and demanding to be told. Each portrait speaks its own truth. Challenger is the vessel that paints that truth.