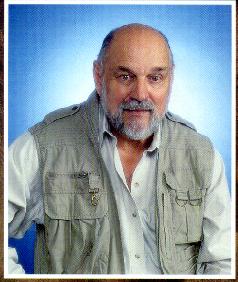 L. Gordon spent his early years growing up along the Texas Gulf Coast.
As a child, he was fascinated by the ever changing water of the Gulf and
intrigued by the shapes and textures of dunes. His first artistic expressions
were sketches and water colors of the inlets around Matagorda Bay.

While stationed in Germany as an airman in the USAF, Gordon discovered
a passion for new and colorful picturesque views. He began a lifetime of
traveling and painting, living for awhile in Tripoli, Tunisia and the Agores,
an island group in the Atlantic. He studied at the Munich Academy of
Fine Arts in Germany and perfected his technique using acrylics on canvas.

Returning to the U.S., Gordon continued his interest in colorful locales by
settling in the French Quarter of New Orleans. He developed a successful
business sketching a portraits of tourist on Jackson Square.
From his natural talents in Impressionist art, a style emerged that is
undeniable L. Gordon; one that blends bits and pieces of many places
together to create a unique image that exists only on canvas.

Send mail to koshgall@koshgall.com with questions or comments about this web site.
Last modified: Sept. 25, 1996